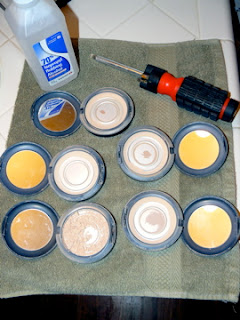 From my sister's time spent working with MAC, she gained invaluable knowledge. Among her most genius tidbits is how to fix a broken powder compact. Of course, I've seen this trick pop up online numerous times since learning of it from her. It's stupid simple! All you need is rubbing alcohol. I had a stroke of genius myself recently and am so pleased. It all started when I began to run out of my beloved MAC Studio Fix powder. Tired of scraping that little ring around the edge, I was about to bite the bullet  and buy a new one. Instead, I decided to gather all the used compacts I had been hoarding and condense them with the alcohol trick. It worked perfectly! Now I have a completely full compact without a penny spent! Here's how I did it... 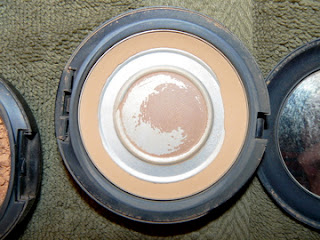 With a flathead screwdriver, remove from edges and break apart into fine to medium fine powder. 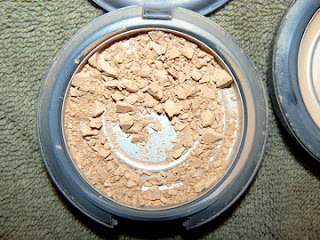 Pour powders into single compact until full. I ended up using four compacts instead of all five since it was already full before I got to the last one. 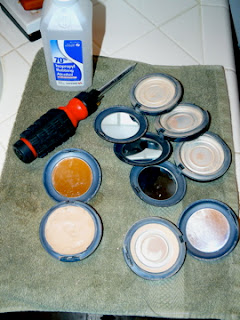 While stirring, slowly add alcohol just until all powder is moistened slightly. I used my finger but I think it would work better and be less messy to use a toothpick or a q-tip with the end cut off. 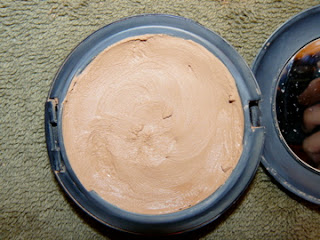 Stir smooth and even. Let dry out overnight for best results. The alcohol will evaporate completely, and you'll be left with your tried and true product that is good as new! It might not be as pretty as buying it from the store but it works just as well and I'd rather save $30. In addition to $ in my pocket, I get the supreme satisfaction of playing my part in the green living movement. Reduce, re-use, recycle!

xoxo, Saybher
Posted by The Wanderlust Dolls at 2:58 PM