Ok, today is short, sweet and to the point. No time tonight to dilly dally around. I've got places to go and people to see! Not really...I have to get on the treadmill and it's getting late :-(. 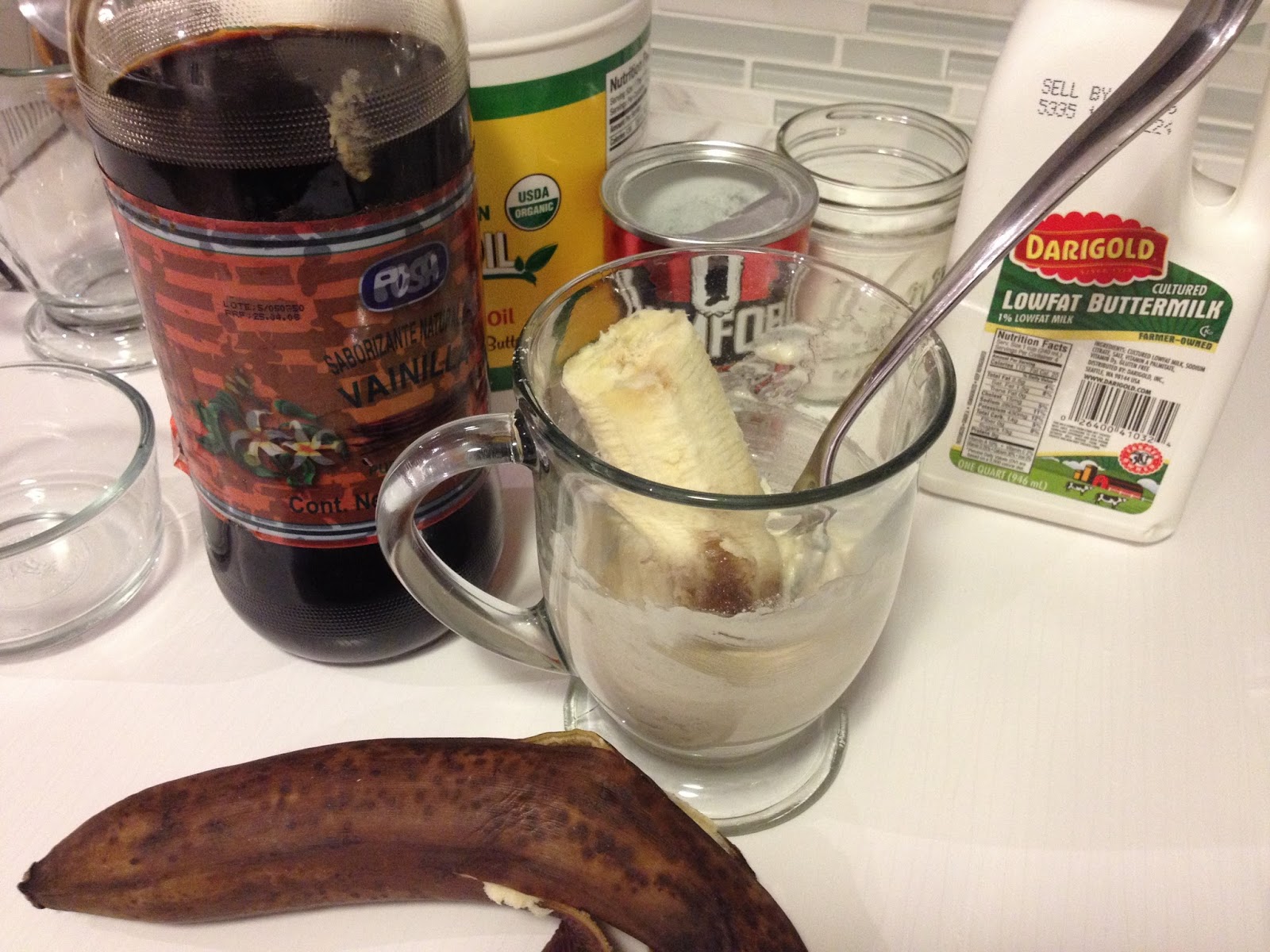 It's day two - or night two...however you look at it, it's time to give the mug muffins another go. Tonight I'm trying to get the banana mug muffin down.

So I used the base from last night that I settled on. For this round of banana mug  muffin I added a half of a really ripe banana and a splash of vanilla. This pretty much replicates my 'World Famous Banana Bread' with the exception of eggs. In my research of mug muffins there seems to be two things that make your microwaved muffins/cakes rubbery...the addition of egg and/or too long in the microwave. I've opted out of adding eggs. 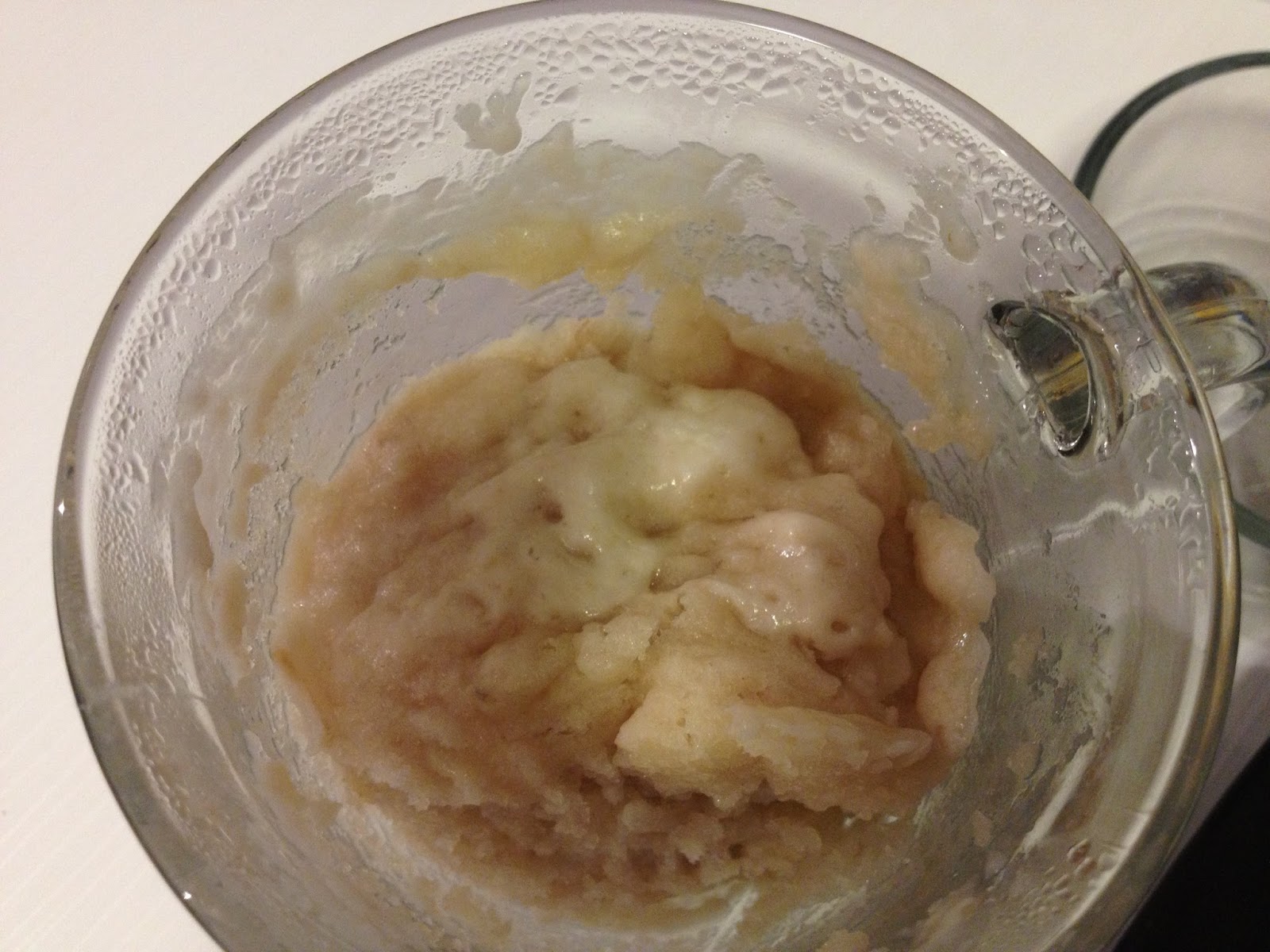 Here is the batter after everything is added in and stirred up. It's still pretty stiff like the original recipe. 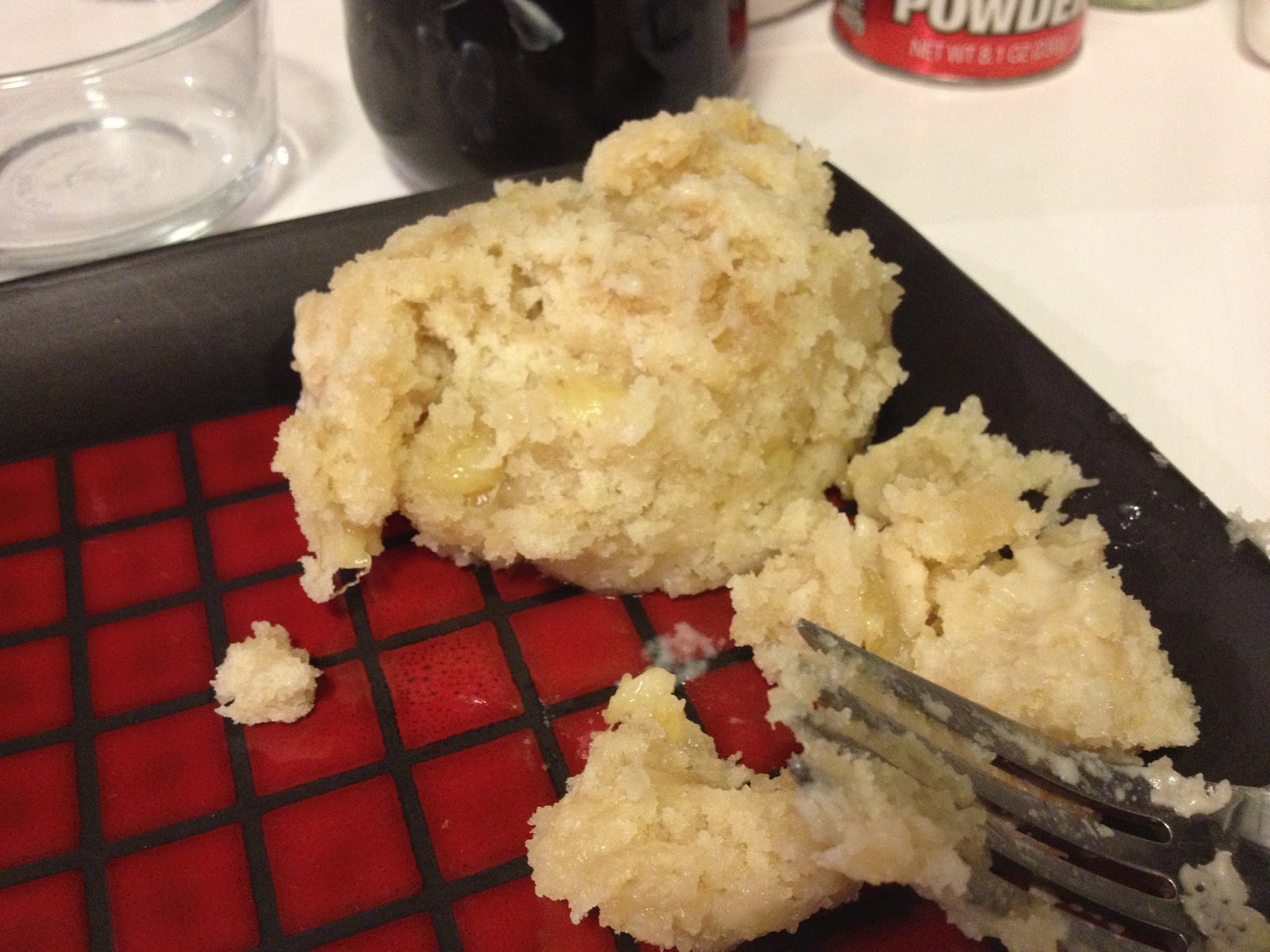 The original recipe calls for 1 to 1 1/2 minutes in the microwave. I started this cup at 1 minute. It clearly wasn't done and I extended it for another 30 seconds. It should have probably been extended another 20 seconds beyond that even, but I was afraid to overcook it. For the most part there were only two areas that seemed a bit under cooked...a little puddle on the top and a small section at the base. 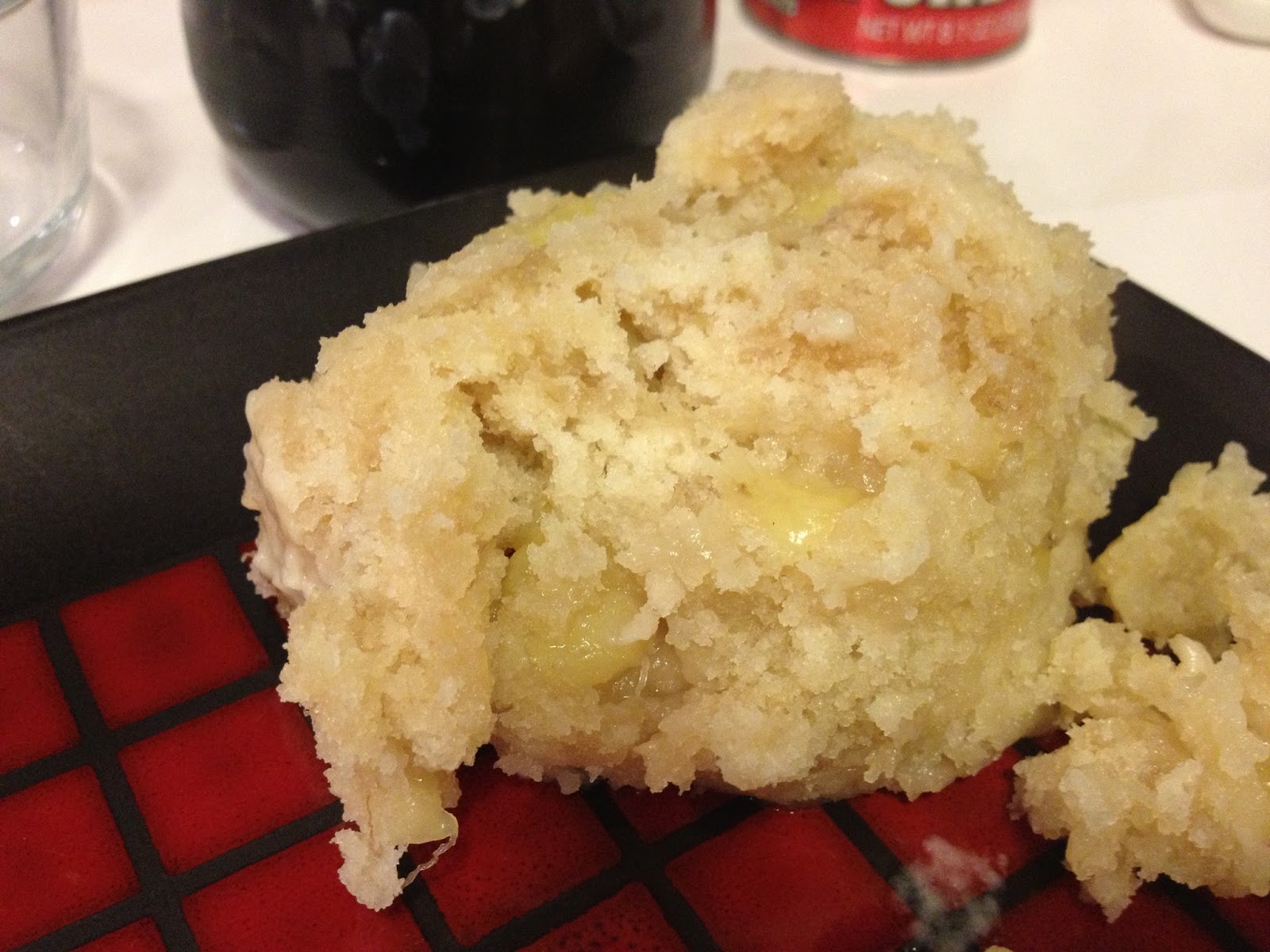 Overall, I'd have to say the texture wasn't bad and the flavor was better. Especially when compared to last night's major fail. My conclusion though....I'll stick to my banana bread the old fashioned, baked in the oven way, thank you very much. Now I gotta run...literally.